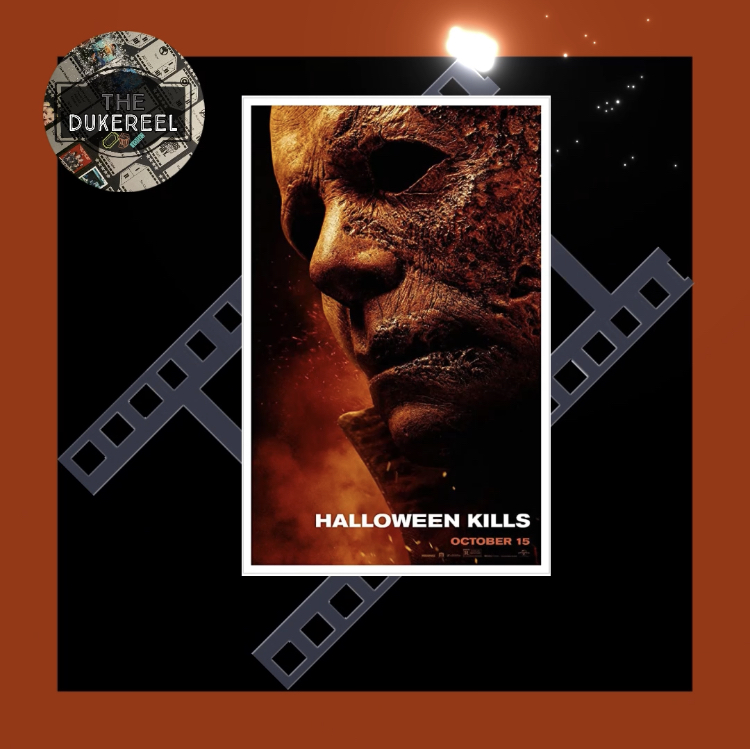 Not the Halloween I would have liked to anticipate. Something felt lazy and a little gimmicky with the writing of this film which is disappointing to the franchise (and this particular saga) as a whole.

Below are my grades for key components in #HalloweenKills that I find to be key in any story/film/series—Theme, Plot, Pacing, and Character Arc/Development.

Additionally, I have added an entertainment factor scale to help you determine whether or not the film is something you’d be interested in taking time out of your weekend, evening, or day to watch. The scale range consists of: Worth the Watch/$$$, Interesting Enough (if looking for something new to start), Wait for Streaming, Don’t Rush, & Don’t Watch.

Michael Myers Fans: Worth the Watch

1. Usually I find myself having to really analyze and process horror films to try and figure out what exactly is learned or followed through in the debris of blood, limbs, and slashing; but with this film, the challenge didn’t exist which is something I can appreciate coming from a horror film.

Whether through the final moments of Act 3, Jamie Lee Curtis’ dialogue throughout the film, or the igniting of the mob, the messaging was clear—evil never dies/disappears. 👏🏾👏🏾👏🏾

2. I’m not into gore and visuals like that, so I may have quickly turned my head at the initial moment of “impact,” but I will admit that the killings were pretty creative and interesting. 👍🏾

3. The character arc and development had some decent promise. However, I think the focus on creative killings got in the way of really following through on this element.

These films definitely require a high level of suspension of disbelief, I get that. However, there’s always been something that drives our fan-fave slashers; even if it’s not clearly followed through, we are able to recognize and accept it enough.

With #HK, the film starts with the idea of revenge leading the charge for the arc—more blatant and effective with the townspeople, and easily assumed for Michael. With the townspeople, especially our lead townspeople, the arc is what’s set in motion immediately. The plot does a decent job putting our ignited townspeople on this “fuel added” run around ultimately reaching a logical, yet anti-climactic, Act 3 for them.

With Michael, it seemed (at least for me) revenge was going to be his driving force. But then Act 2 brings about another idea that focuses on “destination” being his driving force. The issue with this leading his arc is that Michael’s actions/killings don’t justify this arc—at least none in Act 2. Act 1 feels justified in terms of those getting in his way, and Act 3 feels justified in terms of “occupancy and interruption.” But Act 2…those felt like mindless killings for a person who is being talked about as having a motive…without having a motive…?? And THAT also is reason why his arc isn’t as clear. 🥴🤦🏾‍♂️

5. This films doesn’t waste any time with building suspense and giving us the first death to signify our main star is already on the prowl. Acts 2 and 3 are the strongest when it comes to pacing for suspense, with the later half of Act 2 and all of Act 3 being the highlight for Michael Myers himself. 👍🏾

7. One thing I won’t take away from this franchise is the score and opening credits. I always love them because it really sets the mood for the fans. 🙌🏾🙌🏾🙌🏾

8. Now… if there are strengths in numbers, why are you all on this hunt separately? That doesn’t make any sense. 🤦🏾‍♂️🤦🏾‍♂️

9. Come on for them renovations to the house though. 👀🤷🏾‍♂️😂

10. So #HK tells a follow up story to the 2018 installment where Michael, yet again, evades death and wreaks heinous, murderous havoc on the town of Haddonfield, IL.

Unfortunately for me, Acts 2 and 3 really were disappointments for following through on what could’ve been a solid storyline based on the direction Act 1 seemed to go in. The story recycled and overused to the point that I started to question the overall hype around Michael Myers and the Halloween films in general.

What really annoyed me was that we are talking about a killer whose history is mentioned in Act 1 by the people, and despite having this newfound courage to “fight back”… again…you mean to tell me that NO ONE has taken these years to either think of an effective plan (like in 2018) OR collect the proper ammunition to combat Michael? Like, seriously!? And don’t get me started on the daughter and her statements about the “system” when she JUST had interaction with this man earlier that night (due to being the follow up to 2018). Like, WHAT!?

THEEEN, they add in this side suspense situation which ultimately left the townspeople looking like stupid country bumpkins when, AGAIN, these people KNOW who Michael Myers is and how he looks. NOTHING about that side suspense story made sense to be connected to Michael. 🤦🏾‍♂️🤦🏾‍♂️🤦🏾‍♂️👎🏾👎🏾👎🏾

Yes, this film averages out to a B- for me because I can’t knock what the film does well “on paper.” BUT in terms of overall audience/my viewing satisfaction, which is where my entertainment factor comes in, that’s the concern. When I saw the trailer for Halloween Kills, I wasn’t really moved. My first thought, as I told my boss who loves watching movies, was that the film wasn’t going to be good because “how many times is Jamie going to talk about getting up and fighting against this man?” This film made me appreciate installments like “Resurrection” which at least tried to be creative with Michael’s impulses as a killer. It also made me really appreciate Jamie as a lead in the past installments.

BUT, I do think we need to officially call it quits for this franchise. Maybe it should look into taking the Chucky route with a limited series, or allow a younger generation to do remakes in the far future…