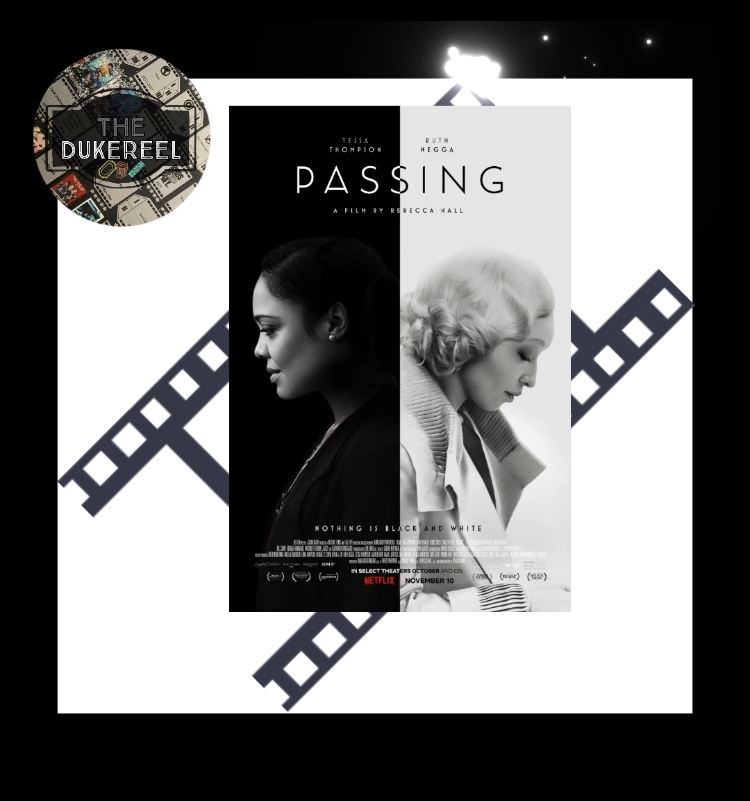 When I first heard of this film a month ago, I thought it to be a unique and risky take on a colorism story which was very intriguing to me. There were elements that I definitely appreciated, but I’m not sure if I am completely satisfied.

1. Not sure why, but I was drawn to how the “cigarette” seemed to indicate who had the control of the scene and/or conversation related to identity, and the purpose of the “hat.” 👍🏾👍🏾👍🏾

2. Chile, they tried it with that conversation about beauty standards and dark skin… that man was phoine! 😂

3. Personally, I was really impressed with the complexity and different iterations of the title message.

Act One focuses on the obvious interpretation through the introduction of the foil character and glimpse of her life.

During the second half of Act One, going into and continuing in Act Two, I noticed the tension with the protagonist exposing interpretations of the title message to be more internalized and conflicting in terms of class/mobility and respectability politics.

Act Three looks at “passing” similarly to Act One, but takes a look at its impact on others.👏🏾👏🏾👏🏾👍🏾

4. So it’s not that the film moves slow, it just felt a little choppy and inconsistent for me.

It’s paced decently for the beautiful and artistic engagement of the film, as well as Tessa’s character, but starts to feel like pacing-potholes with the time focused on this sudden side conflict with Tessa’s character at home that adds to the complexity of Irene in contrast to Clare, but just isn’t implemented as strongly as it could’ve been for me because of how it’s merged and paced with the overall story.

Additionally, timeline pacing felt a little messy—for example: was she back and forth from Europe? Or was Europe last month and now it’s a new month? Or last week?🥴

6. BUT to continue/piggyback off point #2, I loved and appreciated that conversation about festishism, preferences, and dark skin. 👍🏾👍🏾

7. I think there was an editing issue transitioned from the day Clare is invited to the event and the actual night of the event… why did he say “I thought you’d be sleep?” And then say “Are you nervous for tonight?” 🤨

8. The story of “Passing” is about an identify-conflicted fair skinned woman who runs into a fair-skinned high school friend (who is supposed to be “more fair-skinned” I guess) passing for a white woman who seems to also be dealing with identity-conflict outside of the obvious. At its core, this story felt good and rather interesting and smart. In full execution, it felt a little safe and vague.

For me, the shift to unpacking Irene’s conflicts was where the film had so much dead space, and this wouldn’t be a big issue if most of Act Two wasn’t mainly on her with Clare—who technically is the foundation for the film’s title—as this “character feature” who eventually started to feel like this thrown in “[fun] prop.” Ultimately, Act Two lacked a little bit of continuity by focusing on Irene vs Clare, or being a little more clearer with using the pacing for Irene to shed more light on Clare and the impact that later drives the messaging in Act Three. 🥴

9. Now this man had NO idea?? Really? … … but then again, if we think about patriarchy intersecting with respect and acknowledgement for women’s sexual pleasure… maybe so because my first reason as to why I couldn’t quite get behind him not knowing was due to intimacy and seeing the naked body; and clearly we know most men kept it simple and inconsiderate—stick it in and out until you’re done. No need to look around and explore. 🤔🤔🤔

10. What I appreciated most was how the film provided complexity to this idea of “passing” via Tessa’s character Irene. To the eye, “passing” seems to be a Clare issue, and the expectation is to watch a film focused only on colorism. BUT…we then, in the midst of the wonky character shift in Act Two, are able to see “passing” through Irene in terms of mobility. In terms of respectability politics with identity. In terms of access to colorism associated passing and one’s intersections with self-love and the aforementioned… it’s a rather critically interesting experience.

Again, I just wish the story was a little cleaner in Act Two so that this could really stand out. 🤷🏾‍♂️👍🏾👍🏾👍🏾

I wouldn’t say it met or exceeded the anticipation I had when I first learned of this film, but there are definitely quite a few things I respect and appreciate about it— artistically and critically.

I see this film being something useful for classes to have as a supplemental or anchor resource-medium for units and/or discussions on colorism, intersectionality, and standards RL2 and RL3 (for educators out there LOL).

Side note: Alexander Skarsgård is starting to become a favorite actor of mine, on the low.