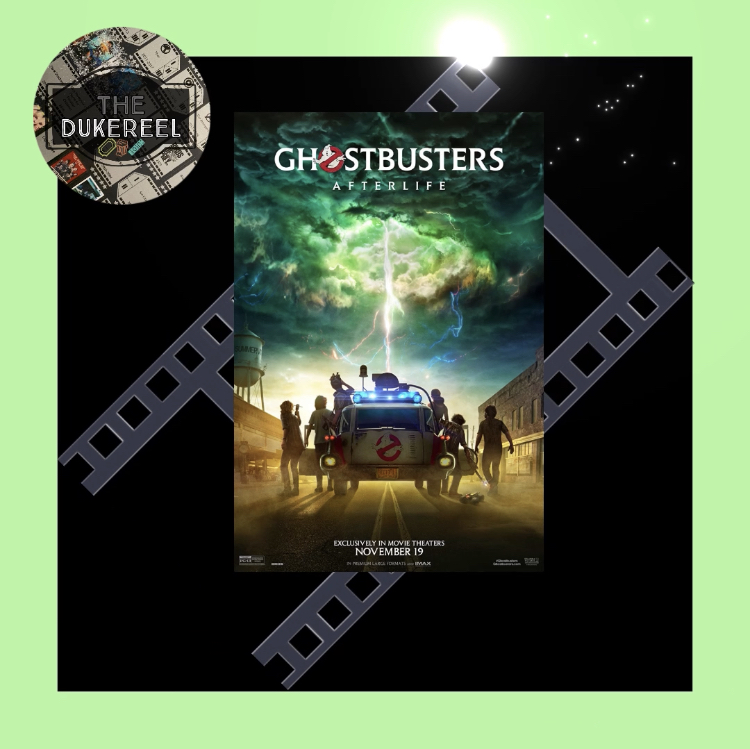 1. The standout for me was McKenna Grace! She was ABSOLUTELY amazing at such a young age. 👏🏾👏🏾👏🏾

3. This film’s pacing is very interesting. On one hand, when focused on the plot, it moves extremely well. I appreciate how pacing takes  time to build the plot while providing some not so serious, comedic entertainment.

But on the other hand, it felt so slow—especially Act One and the first half of Act Two. I was like, “get to the damn ghosts already…” even though the pacing was actually giving hints of the ghosts all along. I guess those hints were just too subtle in a story that missed an opportunity to be more interesting. 🤷🏾‍♂️

6. I did enjoy the comedic pacing and casualness of the film. 👍🏾

In Act One, we are introduced to our characters with Phoebe being the introduction worth noting, but only to recognize her as the geek stock character. Then the mother was introduced only to understand her personal conflict which leads her and the family to the primary setting of the story.

Act Two randomly tosses a quick, internalized conflict in for Phoebe as an attempt to try and connect to a key theme/message of the film around friendship that comes through in Act Three. Other than that, characters are pretty flat…entertaining, but flat as hell.

8. One key message/theme that I felt was attempted was around “the power of friendship/relationship” It was definitely forced, and like the character development, was only used to strategically move the plot. 🥴🤷🏾‍♂️

In Act One, the “relationship” piece is brushed upon through the mom and her broken relationship with her father. This is only known through her periodic, and repetitive, comments regarding her dad.

Act Two brushes on the “friendship” piece through yet another simple comment made to Phoebe by the mom, but builds some solid groundwork with her actually attempting to make friends (though her character never came off as wanting or needing friends—she seemed extremely secure with who she was and being to herself).

Act Three concludes with the message loud and clear in multiple ways—new and nostalgic— and is possibly the strongest execution of the theme despite it feeling so sudden mainly due to it just coming across like a usual, common ending—almost like a default.

10. Ghostbusters: Afterlife is a story about children working together to protect a town against a brewing evil after coming across the gadgets and tools used by the former Ghostbusters. It’s a story that I feel is a transitional origin story, and is decent for the most part. I just wish there was more continuity with the theme.🤷🏾‍♂️

Act One plants the seeds—meeting the children, and seeing how the former Ghostbusters and children will cross paths.

Act Two spends time building the main stars of this “new team”—specifically Phoebe— providing this lingering air of the main conflict in a pretty clever way, and laying the foundation to the Ghostbuster crossover. It’s also where the theme is introduced, but not as flushed out.

Act Three brings everything full circle now that all the pieces have taken time to develop in Act Two, follows through on the thematic introduction noticed in Act Two, and it’s the most visually engaging of the three acts. The children really are a joy to watch in action.

There is something very youthful about this film. I definitely felt the PG-13 rating, and though it didn’t bother me, it wasn’t what I expected. BUT…on the positive side, the young actors chosen to lead this story—McKenna Grace and Logan Kim—were phenomenal! I truly enjoyed them and their deliveries. I also found Paul Rudd to be a perfect choice to share the screen with these young comics.

But you know… Ghostbusters is starting to feel like Fantastic 4… it seems like everyone is trying to find a way to really make noise with this story, and they just can’t quite get it right. Personally, I liked the 2016 installment, and was anticipating the part 2 with the women. Now I don’t know what Hollywood has in mind with this franchise, but if this film is meant to truly be an origin to a new era, I am excited to see what happens next…

But if we get yet another version / attempt / tryout… I feel like I’m going to eventually be burnt out from all the creative liberties being taken. #FigureItOut!