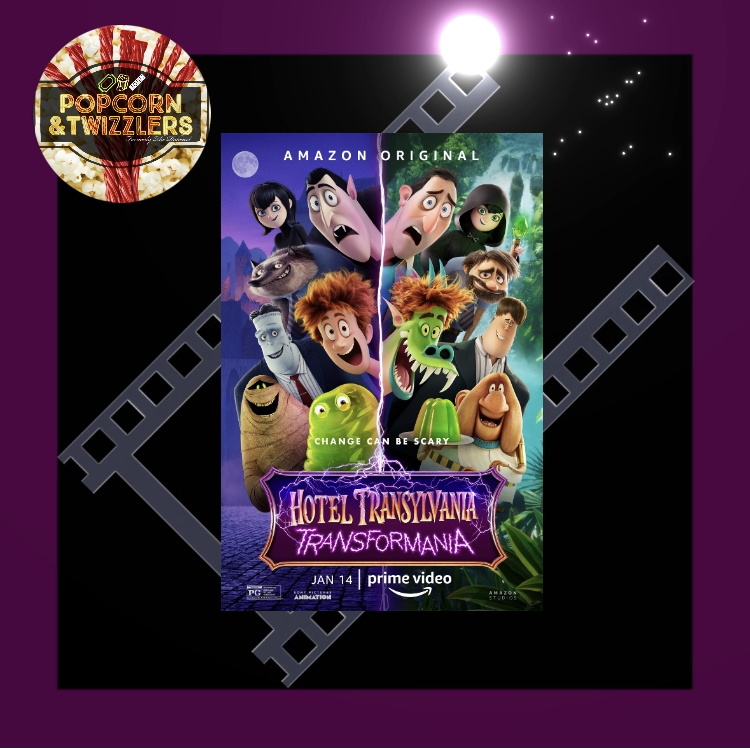 This was cute and appropriately released.

General Public: Worth the Watch

Animation Fans: Worth the Watch

1. Hotel Transylvania: Transformania is a story about a Dracula-father ready to retire but struggling to transition the family business to his daughter due to fears about the impact her “different” husband might have on its future.

This was a really cute installment to the storyline between Drac and Johnny since their crossing paths, and also to the franchise in general. I think my only issue with the story was how we get to the core of the plot in Act One with Johnny and Drac.

I would’ve preferred an interaction that was a little more straightforward, and even “mean” from Drac that would’ve impacted Johnny to emotionally seek out the primary solution of the film. 🤔🤷🏾‍♂️

2. You know…I miss Cee-Lo Green as Murray. Keegan-Michael is nice, but something about that Cee-Lo voice, especially with a film like this. 😩

4. Now one thing this film does is move. It wastes no time getting the ball rolling. I also appreciated how there were subtle moments of interaction throughout different scenes that later helped to pick up and move another scene for pacing purposes. It’s a really well used 88 minutes. 👍🏾

5. One message outside of an attempted obvious that stood out for me was around the idea of judging and assuming the intentions of others based on outward impression; and like the premise of the plot, I found it to be the perfect message for this particular installment and the 4-film relationship between Johnny and Drac.

The “judgement and assumed intentions” is carried out well via Drac’s character with Johnny’s character continuing to be one who shows the good intentions despite being a wild case. Acts One and Three really bring this theme home well, but Act 2 is the gem taking on the “life in my shoes” phrase in action to help develop Drac’s character with the theme as well as the Drac and Johnny relationship.

My only issue is with the marshmallow analogy. First, what did Drac expect by putting a marshmallow over fire? The scene could’ve been set up a little better. Secondly, I wish it didn’t focus on “ooey-gooey sweetness on the inside” because the issue wasn’t about Johnny being mean or unruly, it was about his person being unable to be taken seriously because of how he was perceived on the outside; and I think the analogy could’ve still been used with this frame of thinking. 🤷🏾‍♂️

6. Not the werewolf children rearranging the letter like that! LMAO the team is so slick. 😂😂

8. The characters were really fun to follow, and arcs were done extremely well with Johnny and Drac—especially in Act 2.

Additionally, as already touched on in point #5, following the characters in Act 2 also helped to cement the theme well which I find to be one important job of a key character in stories. Just overall, well planned.  👍🏾

9. The overall animation was pretty solid. 👍🏾

10. The werewolf family is such a subtle gem! 😂

It’s cute film. Nothing to brag about, but definitely not bash-worthy. However… it would’ve been nice to see one of the characters be Black… …or even everyone of a different race… which goes back to my statement of missing Cee-Lo Green as Murray.