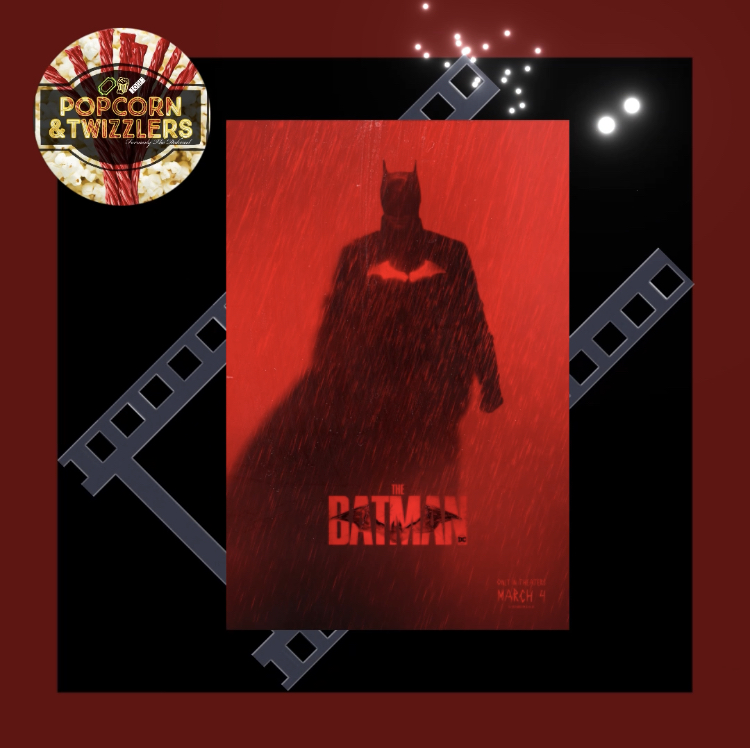 I’ve said this before with The Joker, Amazon Prime’s The Boys, and Netflix’s Jupiter’s Legacy to name a few, but I am always appreciative of films that give some layer and depth to the typical superhero character(s) and/or story, so I appreciated The Batman.

1. You know the phrase/saying “what’s done in the dark comes to the light”? Well the messaging I interpreted with The Batman is an extension of that saying focusing on darkness as secrets being revealed (light), the internalized and perceived “darkness” many of us can take on when traumatized or hurt emotionally, and what we also have in us to get out of that pain to be “better” or “good” (light).

All of the aforementioned is executed quite well via the key characters and core of the story. It’s truly well done. 👏🏾👏🏾👏🏾👍🏾

2. The writing for Batman/Pattinson felt a little off at times. It was like hearing a script from a Batman game. When he narrated the “broken nose”… I was like, “was that even necessary?” 👀🥴

3. Dano’s eyes when his head was on the diner counter… he won me over at that moment. Subtle yet said so much about him in that role. 😩🙌🏾

4. When a mayoral candidate along with a string of other political and city officials are murdered with messages/riddles attached about lies/corruption for “The Batman”(who calls himself vengeance), he along with a Lt. Gordon and an unexpected insider on her own parallel mission work to uncover not only who is behind the murders, but also the root of the corruption that initiated it all. This is The Batman.

The film wastes no time getting this plot moving, and immediately giving our Batman a purpose for existing on screen with the first message/riddle in the first Act. Additionally, the first Act sets the thematic tone with not only the “darkness” of the secrets, but also the “darkness” of “Vengeance” and lifelessness as a form of darkness in Bruce Wayne.

Act Two plays with the “dark” and “light” aspects of the theme with the encounter and twisted interactions between “Vengeance” and Selina’s character while on this case. This Act also continues to uncover more people and their connections to the secrets done in the dark, some who are key and traditional Batman characters—it felt like laying the foundation to why they have this villainous relationship with Batman.

Act Three is when multiple situations take place that force all things symbolic of the dark to come to light (even in blatant dialogue) for both the secrets and the internal emotional work within characters. 👏🏾👏🏾👏🏾

5. Lissen… Lisa Bonet’s and Lenny Kravitz’ chromosomes did the damn thing with Zoë. You hear me!?😩😩😍🙌🏾

7. The Batman has a runtime of about 166 minutes, and I found the film to use the time quite well. I have said before that I would prefer a film be a little longer in order to fully unpack a story and its characters than to rush for to give more space to big budget action moments and shots. I think this is what made The Batman enjoyable for me—the story and the character wasn’t sacrificed. It seemed that the priority was to understand Gotham and Bruce/Batman vs just “seeing” the Bruce/Batman most are familiar with in this wild, toxic ass Gotham. Additionally, the pacing allowed the theme to be followed through effectively. 👏🏾👏🏾👏🏾👍🏾

10. Pattinson, Kravitz, and Dano were absolutely amazing individually and together. They each had their own motivations that intersected well to provide the right levels of tension throughout the film for me, and nothing felt oddly placed or forced.

But the best part about the characters was their role/development in carrying out the theme. Pattinson/Batman seemed to have this static-dynamic character experience connected to “darkness and light,” Kravitz/Selina was this somewhat round character in the context of “dark and light” though how she chose to exist felt very flat in relation to the theme, and Dano/Riddler was pretty much the conductor of the “dark and light” theme.

My only issue with the character development was with the relationship between Batman and Alfred. There wasn’t enough “toxic” screen time for a very particular interaction choice that was meant to act as this pebble-like impact on Bruce’s development / breaking down of his “darkness.” 🥴👍🏾

11. Just a random, bonus statement: I see Andy Serkis done left his evil ways in Wakanda and made it over to Gotham. 😂

There are many who find themselves going back and forth about which Batman film is the best (or is better), but I am someone who honesty feels that every Batman film has been a great Batman film for the era it was released in. In other words, I wouldn’t call any Batman film bad or disappointing. Yeah, I have my faves, but there are none that I totally despised or would say is better than another. They’ve all delivered for different reasons related to the year it was released.

In 2022, especially while existing in this pandemic, we are constantly in conversation about the issues and concerns we have with our government offices. As a people, we are having more conversations about mental and emotional health, dealing with trauma, and unpacking our relationships and past with possible toxic parents/families; and this Batman installment mixes all of those things together in its traditional Batman formula.

BUT because it doesn’t give what many enjoyed from Christopher Nolan (i.e. that huge Blockbuster Batman feel), that is the reason why across the board I would “promote” this film as “Interesting Enough” to watch.

OH… also, shout out to our natural hair, Black political queen. #WeLoveToSeeIt , and the post credits moment is so petty and hilarious.